View basket “Aspects of Markenfield 1: Piety & Partridges by William Barber” has been added to your basket. 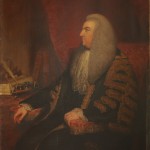 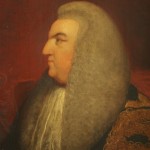 Aspects of Markenfield 4: The Grantley Window in Ripon Cathedral by Dr Brian Crosse £7.10

Wordsworth wrote “The White Doe of Rylstone” as a long lament for the fate of the Nortons, a proud Yorkshire family ruined by involvement in the Catholic ‘Rising of the North’ of 1569. The poem is seldom read today, perhaps because of its excessive length and its verse reminiscent of the Christmas cracker:

“The monumental power of age
Was with this goodly personage;
A stature undepressed in size
Unbent, which rather seemed to rise…”

Old Sir Richard, a devout Catholic, was one of the leaders of The Rising; when the muster took place in the courtyard at Markenfield, it was he who carried the Banner of the Five Wounds of Christ. The troops rode out to total defeat. Imprisonment and execution followed. Sir Richard was attainted as a traitor, his son Christopher and his brother Thomas died on the scaffold, and the family, evicted from their home, Norton Conyers, were left in penury. The property had been confiscated by the Crown, and Elizabeth Markenfield, the last of the family, is recorded as dying a pauper.

The family motto expresses, in Latin, the Nortons’ pride in their ancient lineage:

AVI NUMERATUR AVORUM
I come from a long line of ancestors

At least fifteen of the 3rd Lord Grantley’s direct lineal ancestors have the distinction of being included in the Dictionary of National Biography (and that is not counting Royal ancestors). Discover the Lords – from one to eight…